What will Fintech replace? 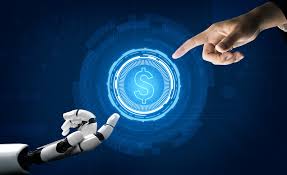 Nowadays, the world’s largest banks are being forced to adjust to new realities as start-up entrepreneurs challenge traditional financial institutions’ authority and monopoly. Fintech startups, for example, are widely used by customers in both developed and emerging economies.

Their benefit is that they provide clients with simple, convenient, transparent, and more personalized solutions.

Since venture capitalists are allocating more and more resources to fintech ventures, banks’ fear of competing with startups has become inevitable. If there were 1,023 transactions in 2016, now there are millions. In addition, there is a positive trend in financing.

These statistics show that many people believe e fintech ventures have a bright future and that their investments will pay off handsomely.

Traditional financial institutions’ concerns are well-founded, as tech behemoths such as Amazon, Facebook, Google, and Apple, which have vast amounts of customer data, are all on the lookout and investing in groundbreaking fintech ventures. Fintech solutions are also profitable for hardware and software producers and suppliers.

What are the conventional market players doing to adapt?

Control of finances. Have you ever considered that robots could offer us financial advice? If you make a lot or a little money, we all need to budget our expenses in order to “live within our means,” prepare for a “rainy day,” or save for retirement.

Many people around the world were affected by the 2008 financial crisis, which resulted in widespread demonstrations and anger at government policies. In many nations, unemployment continues to increase, impacting young people directly. They can no longer depend on a higher education diploma to secure jobs.

All of these issues have caused people to become more responsible when it comes to budgeting. Not everybody can afford to hire a personal financial planner. These experts’ services are often prohibitively costly. Costs and communication time have also been decreased as a result of technological advancements. Thanks to algorithms and big data, robot advisors will now assist you at any time by analyzing all investment patterns for you.

There are now over a hundred businesses around the world that use robotic advisors to handle billions of dollars for citizens of various income levels. Companies such as Charles Schwab, Wealthfront, Betterment, and Vanguard were among the first to provide such a service to customers in the United States.

We use cookies on our website to give you the most relevant experience by remembering your preferences and repeat visits. By clicking “Accept”, you consent to the use of ALL the cookies.
Cookie settingsACCEPT
Manage consent

This website uses cookies to improve your experience while you navigate through the website. Out of these, the cookies that are categorized as necessary are stored on your browser as they are essential for the working of basic functionalities of the website. We also use third-party cookies that help us analyze and understand how you use this website. These cookies will be stored in your browser only with your consent. You also have the option to opt-out of these cookies. But opting out of some of these cookies may affect your browsing experience.
Necessary Always Enabled

Analytical cookies are used to understand how visitors interact with the website. These cookies help provide information on metrics the number of visitors, bounce rate, traffic source, etc.